The Foundation has much pleasure in announcing the 2013 Scholars: 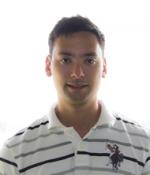 Everyone over 65 will experience progressive muscle loss and consequent frailty, a condition referred to as sarcopenia. The age-related declines in muscle strength and motor control associated with sarcopenia result in a massive loss in independence due to increased risk of fall injury and loss of mobility such as decreased ability to climb stairs, get out of bed, shopping and household chores.

Though the precise cellular changes that lead to sarcopenia are not known one theory links age-related muscle wasting to age-related denervation. Age related denervation is widely described in elderly muscles and has been shown to contribute to muscle fibre death and atrophy both of which result in an overall loss in lean muscle mass and strength. Retrograde transport is the process by which nerve cells move important support substances from their periphery (in this case the neuromuscular junction) to the cell body (in this case in the spinal cord). 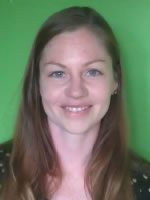 Many facets of memory functioning decline with age and many adults become concerned about perceived changes in their memory as they grow older. Subjective memory complaints such as trouble remembering someone’s name cause considerable distress for many as they grow older. They result in significant concern and are associated with lower levels of wellbeing and poorer quality of life. In some cases they have been reported even more distressing than physical health concerns such as heart attacks. Previous research has shown that such memory losses are associated with impairment in activities of daily living such as using the telephone, taking medication and managing financial affairs. 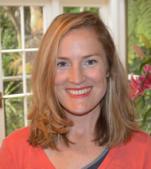 The first ‘baby boomers’ joined the official ranks of ‘elderly’ in 2011 and as the rest of this cohort enter this life stage it is expected that New Zealand’s mental health system will come under unprecedented strain. Is the New Zealand mental health system ready for the specific needs of this group of ageing New Zealanders? This research will explore the attitudes of those born between 1946 and 1964 towards mental health help-seeking and specifically preventative and therapeutic psychological measures.

It is currently unclear what this cohorts attitudes are to mental health help-seeking and whether health-seeking barriers exists for these people. To date no research has examined attitudinal differences that exist within the cohort so it is envisaged that the findings of this research will help New Zealand’s mental health providers target this age group more effectively and ensure that appropriate interventions and care are available for this group. 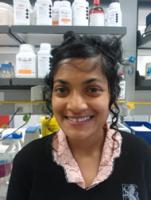 Are brain cells that degenerate in Parkinson’s disease also susceptible to stroke-induced damage? Parkinson’s disease is a debilitating motor disorder that affects mainly senior citizens. Its symptoms are attributed to the relatively selective vulnerability of a population of dopaminergic neurons, found within a region of the brain known as the Substantia Nigra pars compacta. The loss of these neurons has been associated with certain genetic or environmental (for example, exposure to toxic agricultural compounds) factors. Such injury leads to a depletion of dopamine, the neurotransmitter used by these neurons. My study investigates the effect of brain ischemia, a condition mimicking a stroke, on this neuron population.

By recording the electrical activity of these neurons as a measure of functional integrity, and assessing their morphology and chemical content as indicators of cell integrity, I hope to understand the potential for acute ischemic injury in these neurons. This will be compared with responses observed in the hippocampus, a brain region known to be highly vulnerable to ischemic damage. Using a rodent brain slice model, my results so far suggest that nigral dopaminergic neurons respond differently when challenged by an ischemic insult compared to the hippocampus. This study is of particular interest in the context of a relatively under-studied, sudden-onset form of parkinsonism called Vascular Parkinsonism.

Ankita Umapathy - The University of Auckland 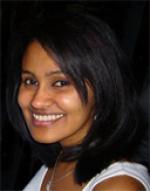 Is the lens a reservoir of glutathione? Age-related cataracts are the leading cause of blindness in the world. Although cataract surgeries are the only treatment for the disease, they are one of the safest and most effective surgical procedures performed today. However, there is growing evidence that persistent damage can occur to other tissues in the eye, such as the cornea, several years following lens removal during cataract surgery.

Of all the tissues in the eye, the lens has the highest concentration of protective antioxidants, such as glutathione (GSH). Previous work in our lab has demonstrated that the lens has the capacity for GSH export. Therefore, it is our hypothesis and the overall aim of my PhD project, that the lens is a reservoir of GSH, capable of supplying the antioxidant to other tissues such as the cornea. When this reservoir is inadvertently eliminated during cataract surgery, the reduction in GSH availability causes other tissues to become increasingly susceptible to damage and consequent diseases.

Thus far, my preliminary data has confirmed that not only does the ocular lens export GSH, this export can be stimulated by addition of glutathione into the media. Currently I am investigating ways of modulating this efflux by introducing oxidative stress into culture conditions and confirming the transporters and channels involved in glutathione efflux by introducing inhibitors.

I am also currently in the process of identifying and localising glutathione uptake, efflux and breakdown pathways in the lens, cornea and ciliary body using immunohistochemical techniques. This work will provide evidence of the capacity for inter-tissue exchange of GSH in the front of the rat eye.

18 May 2022
An afternoon of Opera Sunday 19th June 3pm. Presented by the Friends’ Committee of The HOPE Foundation

18 May 2022
An afternoon of Opera Sunday 19th June 3pm. Presented by the Friends’ Committee of The HOPE Foundation

8 March 2022
We are fortunate this year, due to the generosity of our sponsors and the Friends’ of HOPE, to once again be able to University scholarships for research into ageing related study for 2022. These are all very worthy recipients and hopefully their work will make a difference to the lives of New Zealanders in the future.

8 March 2022
The HOPE Foundation funds a wide range of research areas including biomedical, clinical, public health and wider psycho-social aspects of ageing. This grant has been awarded to Karen Mumme for a research project, Assessing diet quality in older New Zealand adults and its association with metabolic syndrome and cognitive health.

University of Canterbury working on gentler and cheaper way to check for breast cancer.