The cornerstone funding from the Selwyn Foundation plus additional grants from Family Trusts have enabled us to extend our grants to a record number of nine scholarships and two summer studentships. 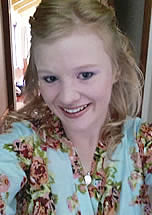 Residents of Retirement Villages (RVs) are a large, rapidly growing, under-researched sector of New Zealand. While it is acknowledged that the older population are a vulnerable facet of society, the lack of research into this setting means that it is currently unknown if the needs of these residents are being met.
Early work from the Freemasons’ Department of Geriatric Medicine (FDGM) has indicated that retirement village residents have a level of disability and medical need that is higher than their counterparts living in private dwellings which has created the basis for this study.

The FDGM is about to embark on a four-year study to describe and compare medical and functional needs of older congregate housing residents to help rectify the gap in current research. This will include looking at the time trajectory of these needs over a two-year period and following participant health outcomes. A randomised controlled trial of a complex multi-disciplinary intervention in ‘high risk’ residents aimed at reducing acute hospitalisations and entry into residential aged care will also be conducted in this group.

The overall aim of the current project was to develop survey instruments and survey methods to explore the healthcare needs, healthcare use, functional abilities, social interactions and decision making paradigms of retirement village residents. As a part of this the effectiveness and feasibility of the survey tools were also assessed in order to inform the future study, especially regarding forms, systems and databases needed to control the main study and to track data and participants. The information gained through this pilot study will inform the definitive study into this cohort and will provide information on the effectiveness of current research methods.

The outcomes of this project may be used to adjust the survey content and methods of distribution to guide future research.

Late-life suicide is a growing public health concern in New Zealand and worldwide. Media attention and suicide prevention have primarily focused on young adults, and consequently, the older population have been overlooked. The chief coroner suicide statistics revealed that older males aged 85 years and over had the highest suicide rates compared to all other age groups for 2013 and 2014. Due to an aging population, the absolute numbers of late-life suicide are expected to rise. Suicide attempt is considered as the strongest predictor for completed suicide. However, research into identifying older people at risk of suicide attempts is lacking, especially in NZ. This study has provided an opportunity to understand the predictive factors that may assist in the development of clinical services and suicide prevention strategies directed at a high risk group.

Data was collected on older people who presented with self-harm to the emergency departments in seven secondary/tertiary hospitals in NZ. Results revealed that older people under the mental health service at the time of self-harm had a higher risk of a repeat self-harm in 12 months. Older people who presented with a positive blood alcohol at the time of self-harm were also found to be at an increased risk. Identification individuals presented these factors may improve the clinical management of these at risk individuals.